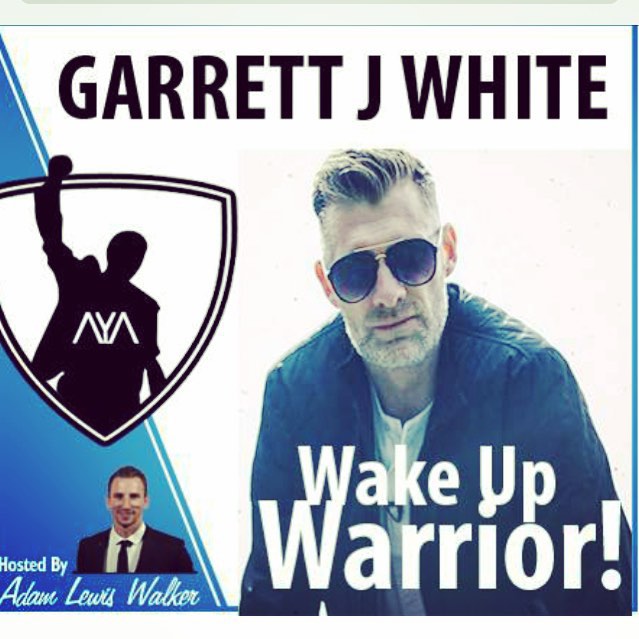 SUMMARY – Garrett J White is the man behind the WAKE UP WARRIOR movement.

At the Age of 30 Garrett lost everything. His empire in Mortgages & Real Estate was unable to recover from the impact of the credit crunch and mortgage banking crisis. He was broke, in debt beyond belief and felt yet again completely alone. At the Age of 32 Garrett uncovered the formula of Peace, Power & Productivity in life. Stop doing what you hate and Start doing what you love.

WARNING: This episode features a Warrior Male for Modern Radical Warrior Men. If you are Not A Warrior MALE who is ready to be liberated, are easily offended or are generally just a pussy, save yourself NOW and don’t even think about listening to this one!

ALPHA QUOTE  “Do The Fucking Work”

ALPHA ORIGIN Originally he grew up in Seattle, Washington with a Military upbringing. He was a Physical Education teacher who became a Mortgage broker and had quick and massive financial success at a young age. His transformative 10 year journey from broke P.E. teacher to powerful Entrepreneur and thought leader is nothing short of Inspirational. At the young age of 22 Garrett began his transformational journey from the pit of despair to the peak of possibility. He was divorced, bankrupt and physically recovering from a 2 year battle with cancer and felt completely alone. At the age of 24 Garrett unleashed on the world of Investment Banking and Real Estate Investing. Over the next 6 years Garrett exploded on the world of business becoming a multi-millionaire while building 3 national mortgage companies, an empire in Real Estate, and a professional speaking career traveling, training and connecting with thousands of people around the United States. Stressed and not making good choices, he lost it all and did not like himself. He emerged from this to create the Warrior Movement.

Do The Work – Byron Katie

Who should I interview next? Jeremy Wilson

HOW CAN EVERYONE GET IN TOUCH WITH YOU? WakeUpWarrior.com