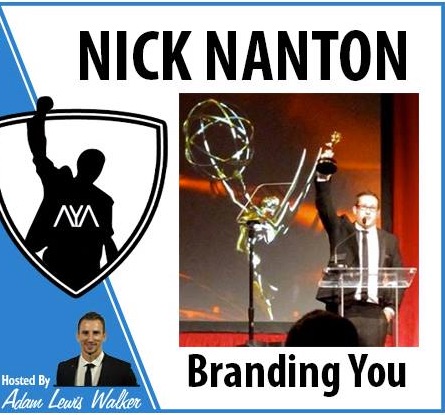 SUMMARY – An Emmy Award Winning Director and Producer, Nick Nanton, Esq., is known as The Celebrity Lawyer and Agent to top Celebrity Experts for his role in developing and marketing business and professional experts, through personal branding, media, marketing and PR to help them gain credibility and recognition for their accomplishments.

ALPHA QUOTE: “Price is only an issue when value is a mystery”

ALPHA ORIGIN: He started playing guitar by the age of 6 and became a composer. He sold his first album when he was 18, worked with several famous celebrities and entered law school in college beacause he wanted to be the president of the record label. He partnered with Jack, also a lawyer, after college and started the business.

Anything by Dan Kennedy

Resources Email/inbox as a to do list, Moleskin notebook. Fitbit – Fitness tracker

Who should I interview next? Greg Rollett (Episode #25)

HOW CAN EVERYONE GET IN TOUCH WITH YOU? www.celebritybrandingagency.com